BME Physics students showcased their research on November 16, at the virtual Student's Research Conference of the Faculty of Sciences.

Sándor Kollarics, PhD student at the Department of Physics, wins first prize at BME's outreach contest by an expository description of his research results.

Paper from the collaboration between the Quantum Electronics group and the Exotic Quantum Phases group was awarded the Best Publication Prize of the university.

Online, on Nov 25 Thursday evening, 18h-21h. Short talks, panel discussion, meeting with the speakers, who work as researchers and software engineers in the quantum industry.

New theory results from BME on the electronic states forming around magnetic impurities in superconductors. Published as Editor's Suggestion in Physical Review Letters, and featured as a Synopsis in APS Physics.

How and why does the resistance of a graphene nanostructure change, when placed in a pressure cell?

Researchers of the BME Quantum Electronics group, along with colleagues at ETH Zürich, address this question in their recent experiment. Two bilayer graphene flakes are pushed against each other in a twisted fashion, akin to recent breakthrough experiments discovering superconductivity in similar samples. The team measured the resistance of the nanostructure as function of pressure and temperature; this allowed to infer key features of the electronic band structure as well. The results are publised in Nano Letters.

In the fields of Physical Sciences and Engineering, BME is ranked as the top Hungarian university, according to 2021 edition of the CWTS Leiden Ranking. 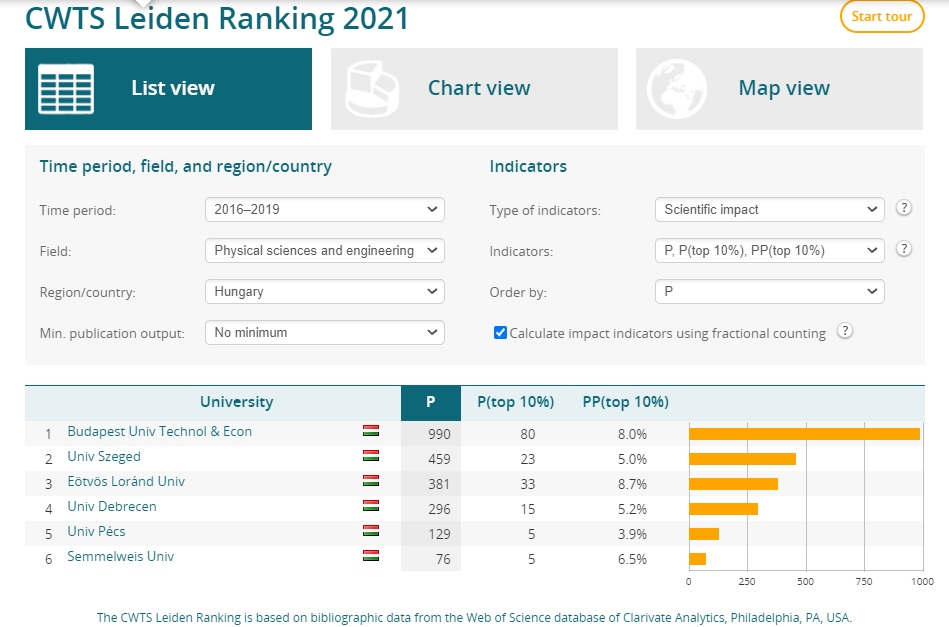 The research group, leading an international collaboration, has studied the optical properties of a magnetoelectric antiferromagnet (Ba2CoGe2O7) in the terahertz frequency range. They found a optical diode effect, also known as non-reciprocal light absorption, meaning that a crystal absorbs the electromagnetic radiation for a given propagation direction but transmits most of the light for the counterpropagating radiation. The BME researchers could control the optical diode effect by electric fields. This study also revealed that tuning the electric field can switch the state of the antiferromagnetic domains of the sample, and this is the mechanism that allows for an electrical control of the optical diode effect. These results might enable the design of light switches in the terahertz domain based on antiferromagnets similar to Ba2CoGe2O7.